Why Veterans Excel at Franchising 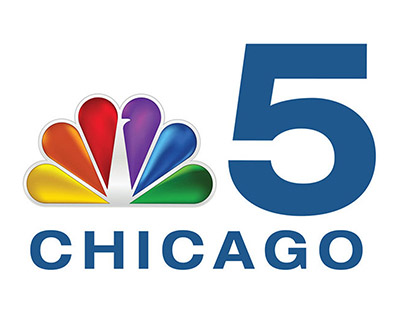 July 4th is coming, but that’s not the only day you can honor your country. If you’re a franchisor, well, as it turns out, according to Morton Grove-based franchise consultant Meg Schmitz, you should consider hiring a veteran. Schmitz represents more than 200 franchises and works to pair individuals with the right franchise for them — and she also has been a franchise owner herself, owning and operating a Great Clips for 17 years. So, she knows what she’s talking about and has been in the trenches herself.

To find out more about veterans and franchising, I gave Schmitz a call.

How did this get to be one of your specialties?

Meg Schmitz: I guess the way that I would frame that is, first of all, I come from, not an active military family, but my grandfather was a colonel in the army. So I’ve always had this awareness as a kid and into adulthood of the great benefits we enjoy as Americans because of the labor of people like him. That’s maybe a fairly glorified way of saying it, but when it’s part of your family structure then you have that awareness of it.

Another piece I could tell you that’s totally tangential is my mom founded a hospice. Well, the biggest hospice in the Midwest, now. So, when you grow up with these things they’re a part of your fiber. In terms of the military and the focus I put on it, there’s a huge tie-in between how to be successful in a military operation and why franchising is successful. It’s two very similar structures. Two very similar operating models. Growing up with that running in the background and then spending the last 20 years in franchising, and the fact that we had 9/11 happen and I had a young son at the time — you just become acutely aware of how important the military is to your safety. [Laughs.]

And then because I’ve been in franchising for 20 years, there has always been that — it’s much more defined now, Dave, than it used to be. But we’ve always appreciated military in franchising because the carryover from, call it the battlefield or any part of training in the military, it carries over beautifully into franchising. It’s all about the operation system. It’s all about execution. It’s all about teamwork and dedication. I’m spitting a lot at you.

No, no, no. You’re fine. I’ve heard some of that before, but I was curious whether this also applies to veterans from the most recent war? Or are you talking about a specific set of veterans?

Meg Schmitz: If you get to know anybody in the military, it doesn’t matter whether it’s recent. I’ve had successful placements with executives who have had a very nice military background but they’d been civilians for however many years and they’re working in business. So, there is no difference as far as I’m concerned.

I mean, my dad was a draft-dodger, so I have no idea.

Meg Schmitz: Between you and me, if you were to watch a movie, if you were to spend any time at a VA hospital and hear these guys talking about what it was like when they were there. Whether it was literally on the battlefield — I’m working with a guy who was in the military eight years with the air force. He was not flying, though. He developed an interest in IT. And so the air force, as they were bringing more IT solutions to creating battle and airfield combat. He’s the IT guy. He never saw flight time in battle, but he’s the guy behind the scenes. I don’t care who they are, Dave, they’re rabid pretty much. They’re a very dedicated group of people. They don’t necessarily wear it on their sleeves, but if you engage them in a conversation about what they did, you’d see that is a part of their genetic code. It carries over into some degree how they conduct their personal and business life.

Are there certain kinds of businesses that veterans particularly excel at?

Meg Schmitz: Franchising is a really big industry and so I would tell you that across multiple industries, veterans do well because of the primary thing. They are engaging in the execution of a tight operation system. If you follow the plan, then you oughta have a successful outcome.

Is there a trend at all in the areas they wind up going in? Or do they go in just about any direction?

Meg Schmitz: If you go to the VetFran website, there is a list of companies that participates in what’s called the VetFran discount. It’s all over the board, everything from home decorating to automotive to food to window-cleaning. It doesn’t really matter. Again, it has more to do with an exceptional operating system, and someone who’s dedicated to the mission.

For people who are in a position to enlist veterans, as it were, are there programs that give franchisors extra benefits or perks for hiring them?

Meg Schmitz: I’ll turn it around and phrase it a little bit differently. In franchising, we’re essentially governed by the International Franchise Association. The IFA has created, because we’re constantly aware of this — we try to have our finger on the pulse in franchising for not only where the low-hanging fruit is but who wants what and how do we franchise it. We’re also very aware that we’ve got a huge number of returning veterans who don’t have the money to buy a business necessarily. Some of them do have the money to buy a business. Within the IFA there have been specific programs created all the way from 15 to 20 years ago that are very current because of the number of returning veterans now who are unemployed or, unfortunately, unemployable, in corporate America. So, franchising is creating more programs not only for ownership but also for jobs.