When the Going Gets Tough: How Unhappy Franchisees Can Slow a Brand’s Growth 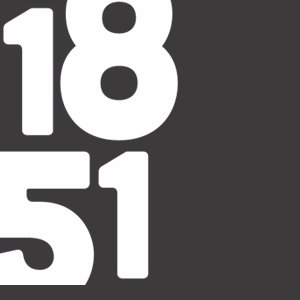 Starting a franchise is a very exciting venture for a new franchisee. It could mean a new work-life balance, an escape from the mundane, and a chance to earn more money – all common reasons that explain why a gainfully employed person might abandon their day-to-day existence in favor of franchising.

But when a franchisee doesn’t follow the playbook they are given – and they are all definitely given some form of a playbook that tells them exactly how to run the business – things may start to go south and sour that happiness and optimism. Extenuating factors are a risk for anyone in any business, of course, but either way, when a franchisee is unhappy, it can very quickly affect the rest of the brand.

Franchise pros point to several different reasons as to why a franchisee might find themselves unsatisfied.

“The number one reason why franchisees can become unhappy typically comes from not making the type of money they thought they would,” 1851 Franchise Chief Brand Strategist Sean Fitzgerald said. “That seems to be the number one driver. This is where communication with a franchisor or franchisee is critical but equally critical is setting proper expectations in the sales process.”

Franchisees go into a franchise venture with a picture in their head about how the franchise is going to go, Fransmart founder and CEO Dan Rowe said in an email.

“No one buys a franchise for a stack of contracts,” he wrote. “They want what they think they are going to get from buying the franchise like revenue, profit, financial freedom, support, predictability. They want what the franchisor promised, and when they don’t get this they can become unhappy. The more expectations that aren’t being met the angrier and more frustrated they become.”

An unhappy franchisee might also spread the word about their experience – and in a very bad way.

When an unhappy franchisee vents their frustration to other franchisees, it can cause “a cancerous effect,” 1851 Franchise publisher Nick Powills said.

“An unhappy franchisee will do far more damage to an organization than people realize,” Powills said. “Once they start becoming negative they are negative on everything. They will fight the system despite the fact that it’s proven to work. They almost fight it to a point where they refuse to follow the system and it gets in this very dangerous negative spiral for a franchisee.”

Ultimately, one of the major traits of a happy franchisee is someone who is willing to follow the tested and proven program. This will help prevent having an unhappy franchisee down the road.

“A good franchisor has already done proof of concept,” independent franchise consultant Meg Schmitzsaid. “They know that it works. The challenge in the beginning is finding the right people who really want to wave that banner and go for it.”

To find the right people, franchisors need to be very careful in their recruitment process.

“If your franchise team is looking for the top candidates that’s where it starts,” he said. “It should be like college recruiting. The top colleges want the top students. Franchisors should look at it the same way and bring in people who are going to be not only good recruited candidates but also the right fit for the system.”

Read the full article on 1851 Franchise.